Fancy visiting some of the most impressive historical sites in the world?
Fancy listening to a concert by one of the world’s great orchestras?

Let us organize these events for you, both during and before/after your cruise.

If you are visiting the Amalfi Coast, for instance, it would be a great shame not to visit two of the most important archaeological sites in the world: Pompei and Paestum. The more famous of the two, Pompei, is a complete Roman town, exactly as it was just before being buried by the eruption of Vesuvius in AD79. A must see! The lesser known Paestum lies on the southern end of the Gulf of Salerno, and there are two very impressive, complete Greek temples, plus an amphitheater and other ruins from the old Greek settlement – much more impressive than the Acropolis!

These excursions cannot be done during the week’s cruise, however we would be happy to book an extra day or two for you at a hotel, and organize the transfers to and from the sites.

If you’re into music in a spectacular setting, it is usually possible to organize tickets for a concert at the Ravello Music Festival. We can usually make our stay in the nearby Amalfi coincide with the concert date.

For those travelling to the Aeolean Islands, we can arrange a trek up to the top of the volcano Stromboli where you can stand and watch the eruption from 100 meters away!

PLEASE NOTE: Just let us know if there’s anything particular you would like to do and it will be our pleasure to arrange it! (Contact us) 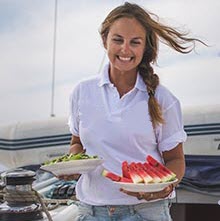 If you should just want to relax and chill on your cruise, let one of our hostesses sail with you and do all the shopping, cooking (the best of the local Campania cuisine!) and clearing up afterwards 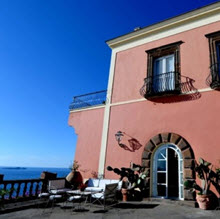 For those of you who have more than a week or two to spend on the boat and wish to spend extra holiday time ashore, check out the beautiful villas we have for rent with our partner company 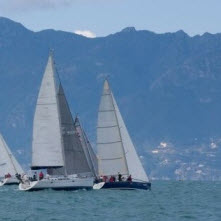 For large groups, we can organize small flotillas where the mother-boat is skippered by one of our skippers while the other boats are skippered by yourselves. All the boats receive the full MyEnglishSkipper benefits